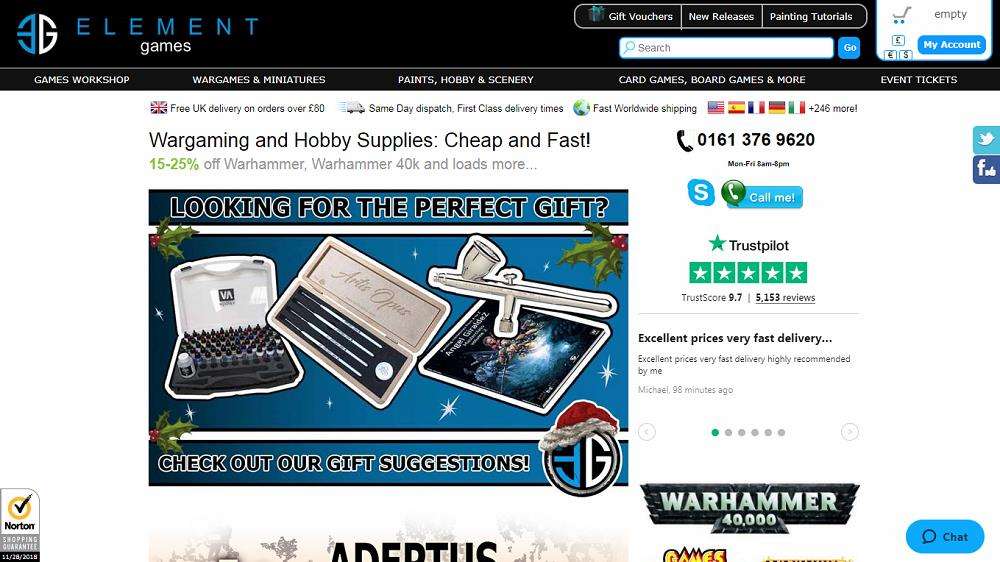 What initially started as an online eCommerce store in 2012, Element Games aimed to offer lower prices and faster delivery times for popular Hobby games such as the Warhammer series, as well as other card games and board games. Having opened their first physical shop in Stockport in 2013, they soon expanded the premises to include a licensed bar and enough gaming tables for up to 200 customers. Their Gaming Centre holds regular gaming nights and events running most weekends. We were contacted by the team early last year with the goal of boosting their online sales and reducing their ad spend. After only a few months we were able to generated over £16k revenue from an ad spend of less than £1k.